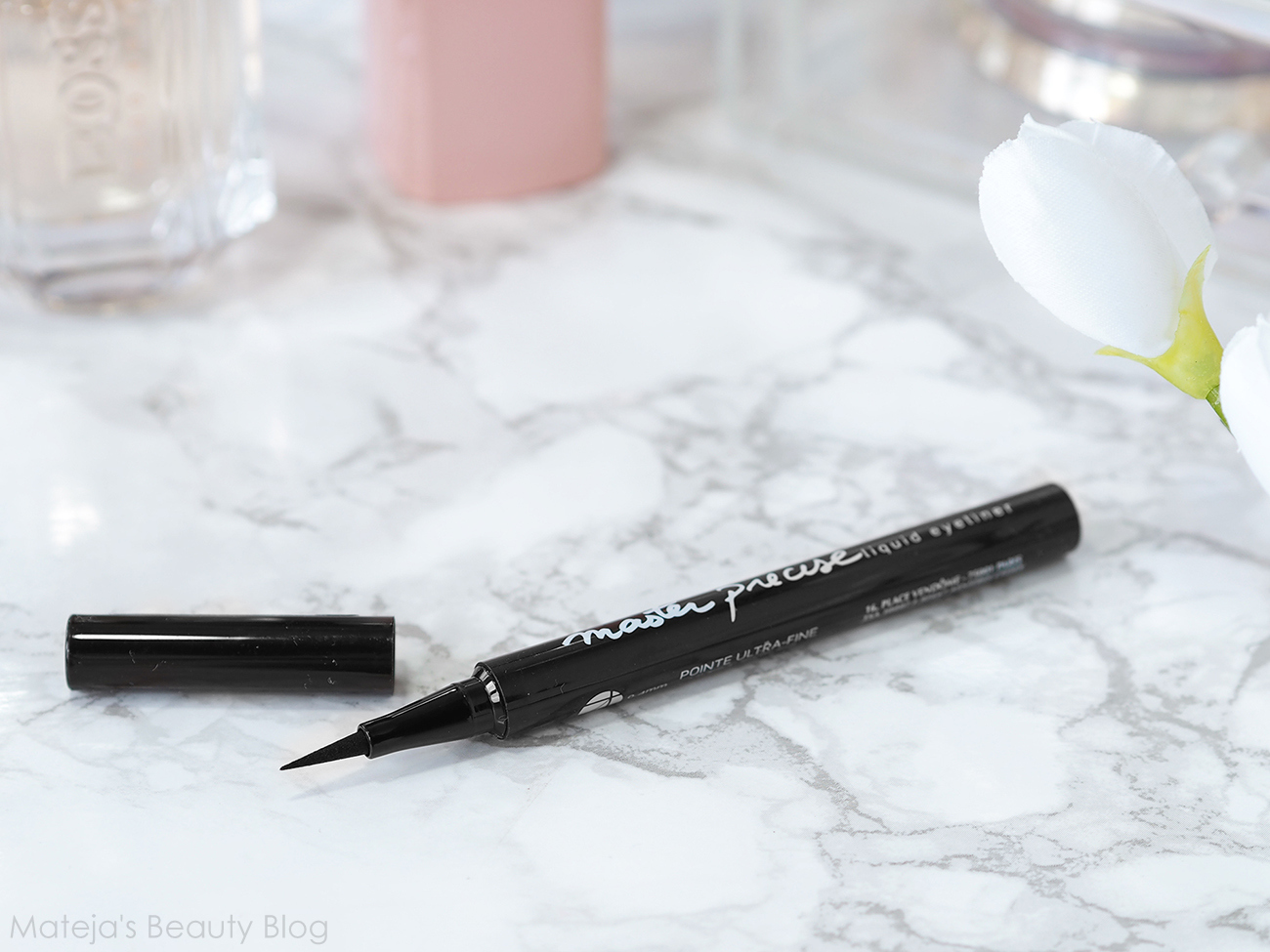 In my perpetual quest for the perfect pen eyeliner I finally got Maybelline’s that has been on my wishlist for years. I tried to get Clio eyeliner to finally behave, but gave up and bought this one because it’s one of the cheapest ones online. It’s a classic felt tip eyeliner with an applicator that is said to be 0.4 mm wide at the tip. 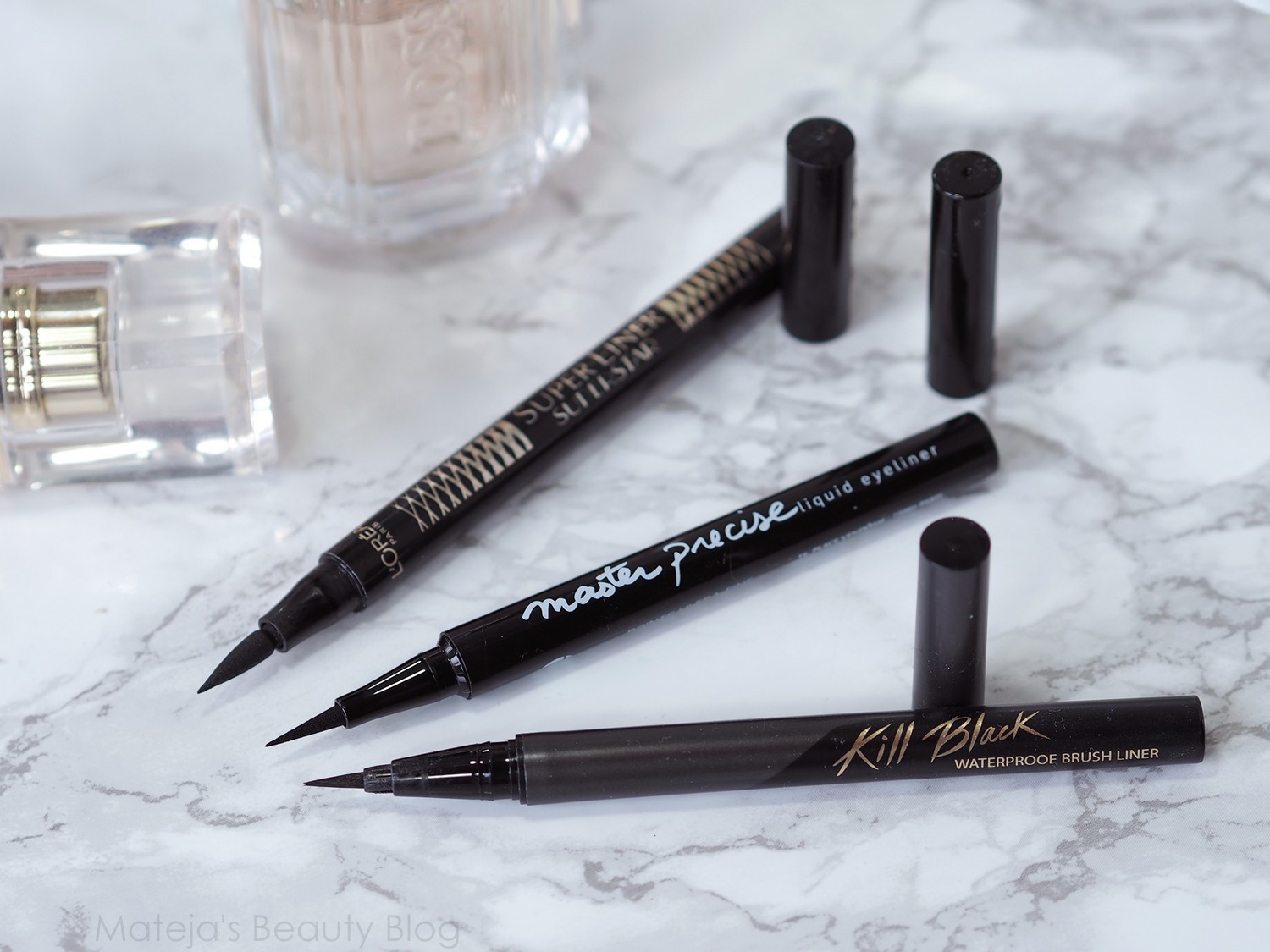 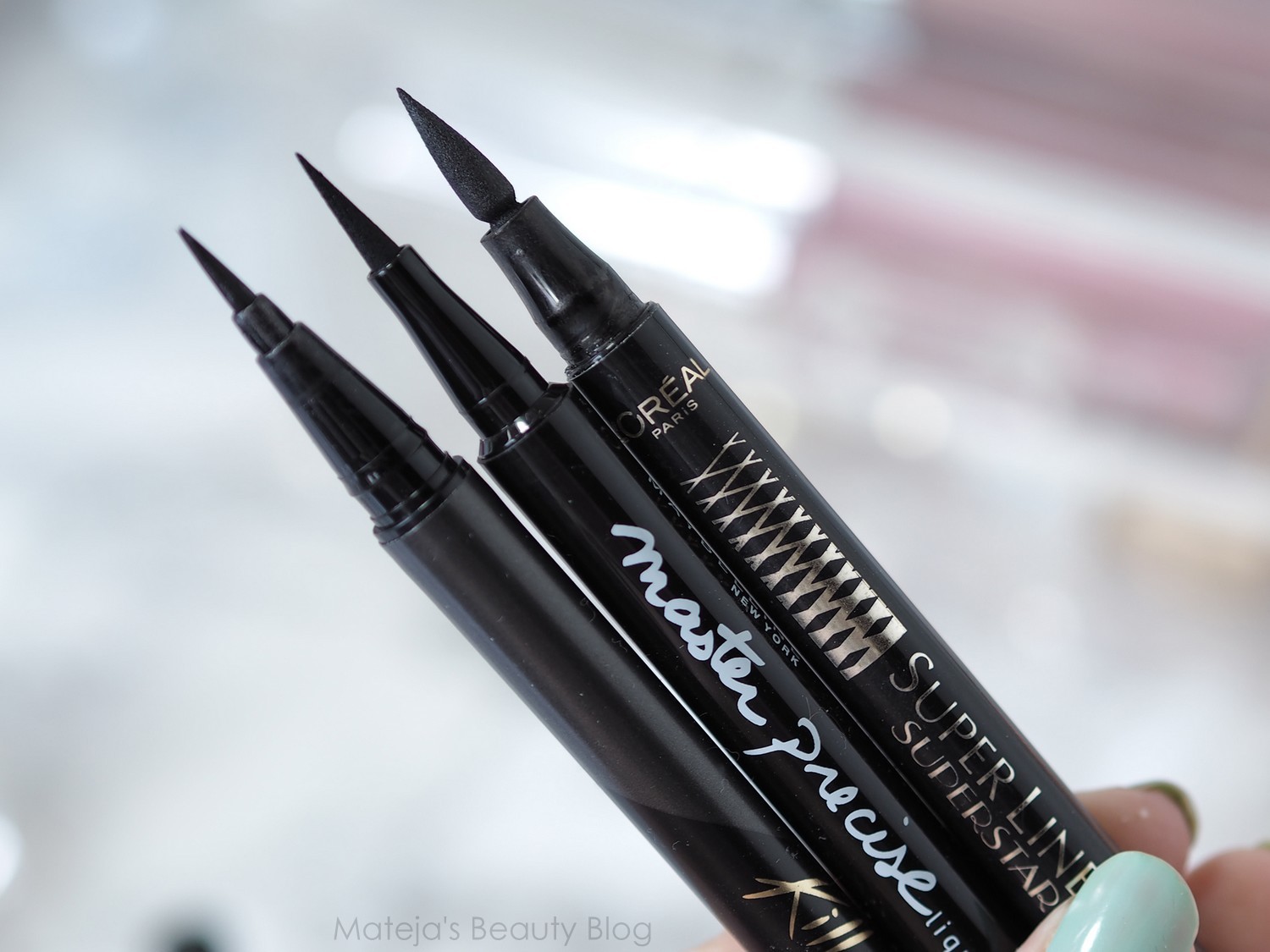 This is a liner that I feel L’Oreal, who owns Maybelline, felt super lazy and just copied the design and formula from L’Oreal Super Slim. I’ve compared the applicators and they also almost identical, meaning long with a sharp tip (in this post I only have the comparison with L’Oreal’s Superstar eyeliner, but I’ll have it with Super Slim in a future post). You can do a flick, but I find it hard to do very precise work, like trying to smooth the top of the line without making it wider as you can see on my picture bellow. It’s a nice, basic liner that does its job, but it has exactly the same problems as L’Oreal’s and that is that as it ages, the less product ends up on the tip, so flicks are more problematic to do. But such applicators retain a ton of product close to the base, so you can draw with it sideways and you’ll have plenty of ink for a long time, however, you’ll have to stick to just lining the lash line and forget about the flicks. So far my liner works ok,  though after two months it’s already stating to lose colour in the tip. 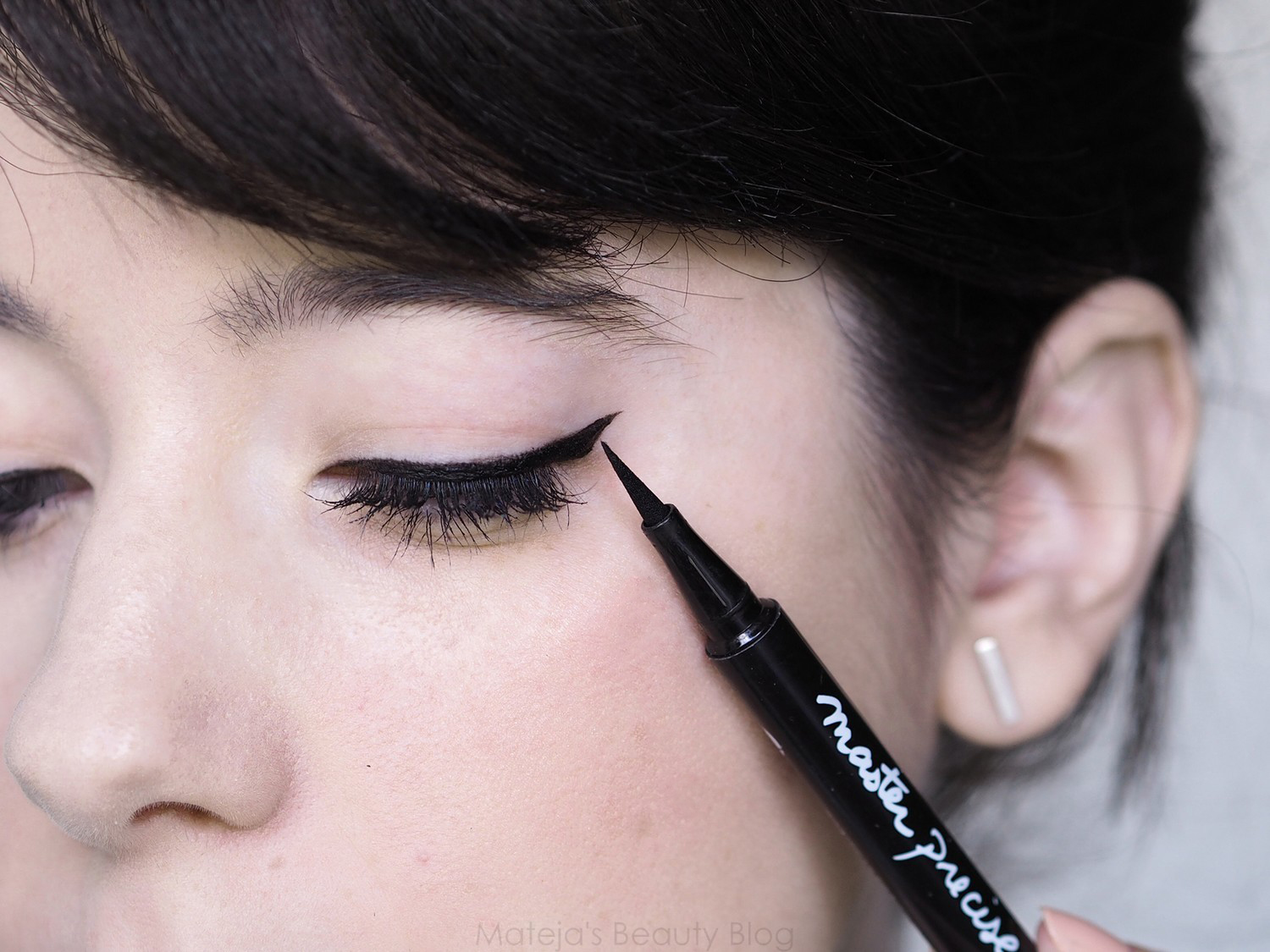 The formula is nicely black and lasts well, though the flicks can wipe off during the day, but not always. Finish is matte with a bit of shine. All in all, this is a liner I would repurchase, but it’s not outstanding. 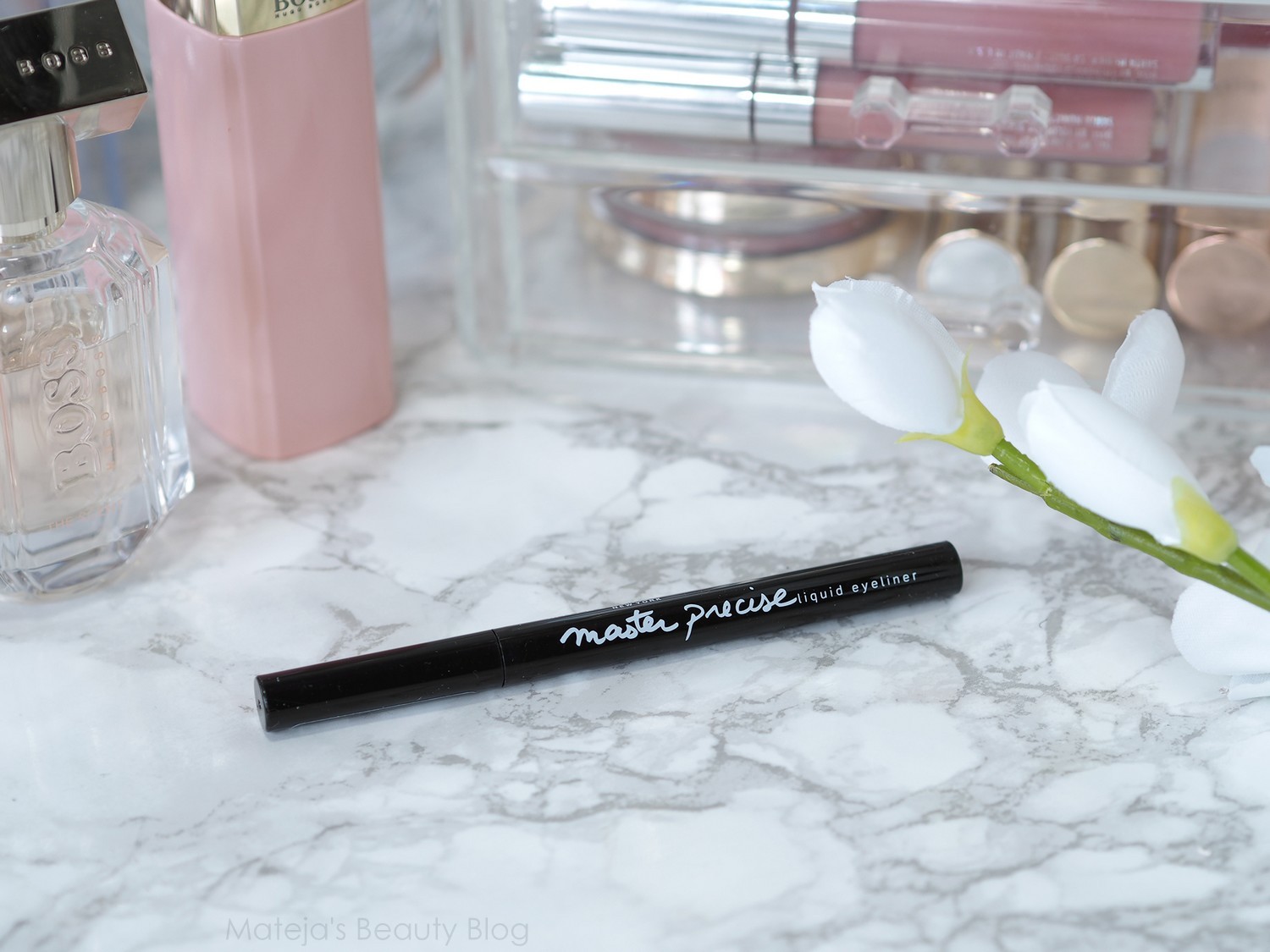 I got it on Salma for a reasonable 5.21 € and I also finally found it in our drugstores for I think 7 or 8 €. Considering it’s pretty much a dupe for L’Oreal Super Slim, you can save some money and buy this one instead if you’re looking for a pen liner, though I still prefer L’Oreal’s Superstar to all drugstore choices. I’ve already replaced it with Catrice’s Liquid Liner which is more matte and more reliable when it comes to drawing flicks, but it’s a dip liner.
Have a great day!
2017-06-22
admin
Share

Every liquid pen eyeliner I’ve ever owned: best, worst and everything in between

Powered by WordPress | Designed by Tielabs
© Copyright 2020, All Rights Reserved